DayZ on PS4 "totally achievable" with architecture, may explore during PC alpha 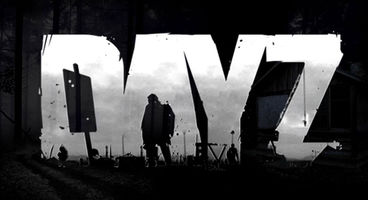 Dean Hall, creator of super mod DayZ, has confirmed he has been approached by both Microsoft and Sony for perhaps investing in a console version. It seems PlayStation 4 is a lot more likely to happen.

Hall isn't so enthused by the way Microsoft doesn't support self-publishing, and charges $10k per title update, although he liked what he saw "in a lot of cases" with Xbox One.

He's trying to be nice about it but admits he's maybe "a bit naïve" that Microsoft will change their ways and support indie endeavours with a lot less small print attached.

"Yeah, we talked to both of them," said Dean Hall. "But, as I'm sure you're aware, Sony lets you self-publish and they don't make you pay for updates. Microsoft requires you to have a publisher. They have no digital distribution strategy and they require you to pay $10,000, or whatever it is, for updates."

It's all moot right now as their primary focus for a standalone DayZ is PC - the home of its community - which has to be nailed first before the likes of PlayStation 4 gets a look in. "That's definitely something we'd look at, but we have to do the PC version first. Once we get the alpha out, that's a good time for us to run it up on a dev kit and see what happens."

There is no release date yet for the standalone DayZ. "It's very close," Hall added. "We're at a point where we need people to play it and tell us whether it's good or not."

For some time Xbox Live was the bastion for indie developers to make a name for themselves and earn some mega bucks in the process, but Microsoft's controlling-nature has really taken its toll over recent years as indies have seen far greater environments to prosper in via PC, PlayStation and mobile platforms.