Xbox One will have multiple ways to combat overheating 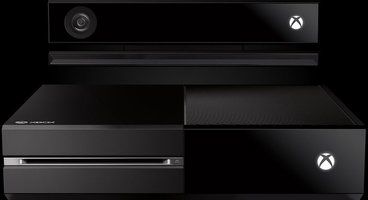 Remember the first batch of Xbox 360's which had poor ventilation, eventually causing the motherboard solder to become brittle and crack, causing the dreaded Red Ring of Death? The Xbox One is built to make sure it has plenty of fail-safes before that happens.

According to Xbox general manager of console development Leo del Castillo, the first thing that will happen when the Xbox One begins to overheat is that the fan will rev up to maximum speed from its normal speed that it would never need to do "under normal environmental conditions."

If that doesn't work, the Xbox One will try to cool itself. "One thing that we have more flexibility with, with the architecture of the Xbox One, is that we can dial back the power of the box considerably," del Castillo stated, adding, "We had a little less flexibility with the 360. And so basically, if we couldn't dissipate the heat, there wasn't a whole lot of leverage we could pull to keep the heat from being generated, so we had a limited amount of time before it just shut down.

"Xbox One can actually dial it back to a lower power state, so low in fact that it can (run) in a mode that uses virtually no air flow."

Finally, if the player fails to notice the Xbox One is overheating, when all else fails, a pop up will appear warning the player his console is frying. "If we get to the point where that is no longer enough, we have the mechanism, the interface, to deal with that," concluded del Castillo.

Better than having a Red Ring of Death ruining your day.