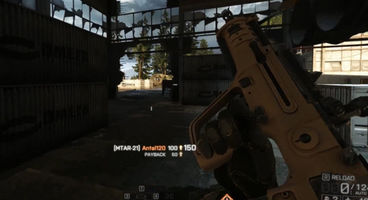 The latest PC update for Battlefield 4 has inadvertently allowed access to the upcoming additional weapons and gadgets that feature in pre-order DLC China Rising, which first hits for Premium users this December.

Non-premium grunts get their access two weeks later. Private servers have managed to gain access to the DLC weaponry. DICE are rolling out Server Update R10 to fix crashes.

The studio noted a spike in server crashes and are in the process of rolling out R10 to servers with it upgrading all of them within a few hours time.

“We are seeing a lot of server crashes at the moment,” posts DICE in the latest Battlelog update.

“These are being solved by rolling out a new server patch on PC (Server Update R10). It will take a few hours for this new server version to propagate, but it should be with most servers in a matter of a couple of hours. If you are getting error messages referring to the China Rising expansion pack when trying to join a multiplayer server, please try another server. This error will only appear if a server has not yet updated from server version R9 to R10.”