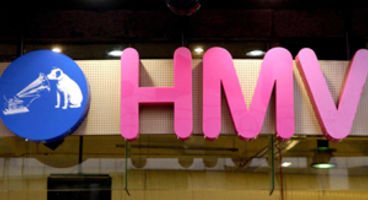 The UK retail scene is losing more ground for video games as the troubled HMV has cut the group of games buyers and merchandisers from ten to two. They have lost top executives in the game space.

Three Gamerbase outlets are also closing down as part of the 66 planned store closures. Gamerbase boss Dominic Mulroy has left for retail rival GAME. Publishers are sceptical on HMV's future.

One HMV exec said it "doesn't look good for games at HMV. I’d have to speculate that the potential buyers don’t see it as a big player in the future of the company,” reports MCV.

The UK games industry is very concerned by the move to cut the group responsible for buying and merchandising games within the retailer. "I am not sure how they can just credibly continue with just two people. How do you bounce back from this?" commented one UK head of a major publisher.

"Over the last year the games industry hasn’t quite given HMV the same level of support as the music and DVD guys. As a company looking to move forward and reshape its business, it is understandable that games might be the ones to suffer. But hopefully that will change when the new consoles come out. We’ll be sorry to see them go.”

A European games company head added: “It does look as if gaming is losing some focus within HMV. However, from my experience in situations like this the initial changes don’t always reflect the longer term focus."

“As an industry we need to ensure we keep connected to the key decision makers.”