15 February 2013 | By Nick Akerman
Earlier in the week we showed you a number of concept art images from Housemarque designer Amar Djouad. The company has taken time to respond with an official statement. 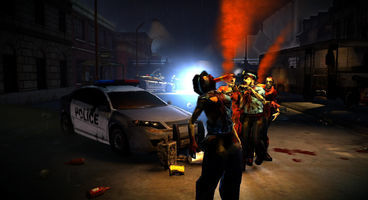 A website post indicated Djouad doesn't hold any position at the studio. Housemarque CEO Ilari Kuittinen followed this with an official statement that suggested unannounced games are in the works, but they aren't necessarily the titles we've already seen.

"Playing around with concepts and settings is standard practice among most developers, and as veterans of the industry will be able to confirm, by the end of the process only a few of them turn into real products," he began.

"Since the beginning of 2012 we have been silently working on three unannounced projects. These games are now at various stages of completion and are planned for release on several platforms.

All our 40+ developers are hard at work to make sure the quality of gameplay, music, sound design and art will grant them a spot right next to Dead Nation, Outland and the Stardust series."

Kuittinen suggests a real announcement is coming soon, and fans should just sit tight on the knowledge that new games will be discussed soon.

"I'd personally like to reassure fans and press both that no Housemarque title has been cancelled in years. Any speculation on the nature of our new titles is a wild guess at best. We are aware that we haven't given away much thus far, but there will soon be a time and place for official announcements revealing what we have in store for daring gamers."

Sounds interesting and slightly non-committal if you ask us. Perhaps Djouad was on to something after all?