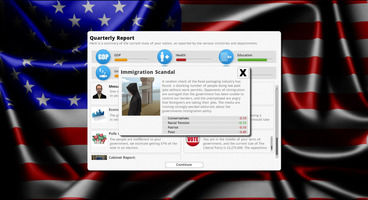 Developer Positech has announced that their political strategy-sim Democracy 3 is now available from the studio site and Steam. The studio has also released a launch trailer.

In the dev blog, studio head Cliff Harris wrote, "Yup, It’s RELEASE DAY for Democracy 3, which means you now have no good excuses whatsoever to avoid going and grabbing a copy right now. Of course, you can grab it from my lovely website, which gets you a DRM-free link to windows, linux and mac versions, plus a steam key, or if you prefer to buy through steam you can do that right now here. And if you only buy games through GoG, be patient as the game will show up there in the next few days.

"If you already bought the game and have been playing the beta, you may suddenly notice that the last patch (version 1.06) stopped saying ‘beta’. Yup, thats the release version you have, RIGHT THERE. Obviously not the final version, I’m already working on extra bits..."

Gamers can visit the official site to purchase the game or visit Steam. 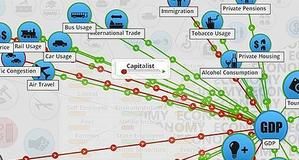