SimCity Attractions Set DLC tied to toothpaste in US 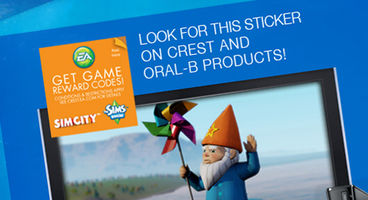 If you buy Crest or Oral-B toothpaste brands in the US then there's a good chance you'll be enjoying the delights of five new tourist attraction parks in SimCity. Apparently white teeth buys you DLC now.

It's a curious marketing gimmick to be sure, and follows on from the free Nissan Leaf Charging station that Maxis released. It's not the best time though perhaps, given SimCity's launch.

Maxis has been desperate to 'earn back trust' with SimCity fans after the horrific troubles that have plagued the opening weeks of the game, but this kind of marketing won't help.

The Attractions Set DLC adds the Giant Garden Gnome, Dolly the Dinosaur, Llarry the Llama, MaxisMan Statue and World’s Largest Ball of Twine as tourist traps. The Nissan Leaf Charging station was released for nothing and doesn't even cost a city any resources, but makes Sims a tiny bit happier; it's purely for advertising purposes.

Currently still in the works is update 2.0 for SimCity which addresses a number of glaring issues like mass transit and city services, but many things remain like how RCI is handled, which is perhaps the largest point of contention outside of city sizes and always-on demands.