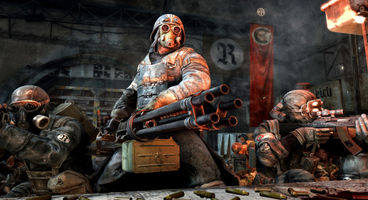 4A Games' DLC expansion Faction is out today for Metro: Last Light as it emerges on Steam. Three new missions feature which give fans some differing perspectives as you take the role of different factions.

Well, they certainly aren't employing nonsense when it comes to naming their DLC; it does exactly what it says on the tin. On its own Faction will raid your wallet &pound3.99. You also get 5 new weapons.

Those who partake of this additional content will be playing as a Red Line Special Detachment Sniper, a Hanza Ranger and as a Reich Heavy Squad Soldier. Diversity!

For more info check out the Faction Pack Steam store page. It also hits Xbox 360 and PS3 this week.