16 August 2013 | By Jonah A. Falcon
Dutch indie developer Vlambeer has revealed its new project, Wasteland Kings, a futuristic action-RPG where the player controls a mutant whose abilities change through, well, mutation, as they navigate randomly generated worlds. 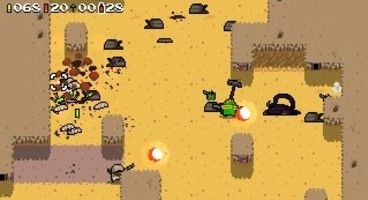 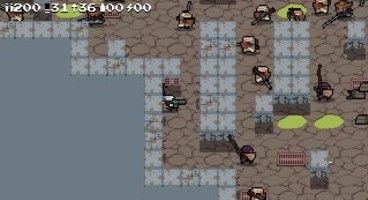 The game was conceived during Mojam 2013, Markus Persson's function where developers "game jam". The demo caught on, and Vlambeer ran with it.

According to studio co-founder Rami Ismail, "After the jam, there was this itch to work on this project again and again. We worked on it during the development of Luftrausers, and just had so much fun creating this world. It’s a very joyful game, and a platform that easily incorporates the different gameplay ideas we have. It also seemed to tell us something about ourselves and our studio, about the way we build games. The Wasteland Kings world throws random situations at your feet, which leave you clueless when you’re unprepared. But when you read into the situations, the objectives become clear, and you grow into this game by playing it. That sort of works as a metaphor for what we’ve been up to the last three years."

Wasteland Kings will be available on Steam Early Access in the near future. Stay tuned.