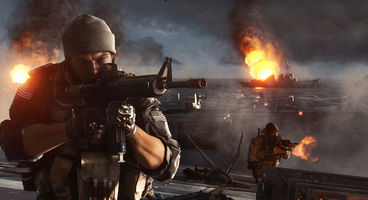 Executive producer Patrick Bach has implored fans to stop comparing PC with Xbox One and PS4, even though he knows the inevitable comparison videos will pop up.

Instead we should be comparing it to "other games on the same platform," otherwise it's 'unfair'. DICE is pushing hardware "as hard as we can." PC will still rule the roost.

The only method to ensure a level playing field in fidelity would be to scale back the PC version of their games, like Battlefield 4, to match the console platforms, but that's a 'cowardly tactic'.

"It gives me a flashback to Battlefield 3," said Patrick Bach on the Battlefield 4 platform comparisons.

"It was like, you should compare it to other games on the same platform. And people said, 'OK but still - why doesn't it look as good as on PC? You don't care about the consoles.'"

DICE are bracing themselves: "We'll still get the comparison videos, where somebody will judge us based on that, rather than comparing us to other games on the platforms."

"You could take the coward's way out, and just set the bar at Xbox 360 and PS3, and make it so that all games look the same on all platforms, but that's not who we are. We want to do our best with the hardware."