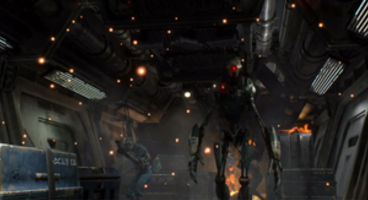 According to those Sony German Facebooking types, LucasArts' Star Wars 1313 will be releasing on PlayStation 3 sometime this year. No platform has been officially announced for the title.

Much speculation has swirled around the action title being for the next generation of platforms, given its impressive visual fidelity. Some even believe it will release for both.

"Star Wars 1313 erscheint 2013 für PlayStation 3," posted the German Facebook page for Sony, which was accompanied by some stills from the released video from Gamescom 2012.

The entry was found by a NeoGAF user. Little has been release in the way of PR for Star Wars 1313 since last year's announcement during Gamescom. LucasArts did however reveal that the captured footage was from a PC, with the game being powered by Unreal Engine 3. If the Sony Facebook is correct then Xbox 360, PS3 and PC are asured.

LucasFilm was bought by Disney back in October for a princely sum of $4.05 billion. 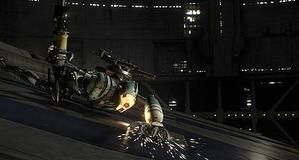