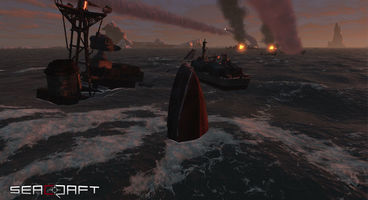 The game takes place during the height of the Cold War between the US and USSR in the second half of the 20th century. SeaCraft has no pretension of being a hardcore naval simulation - it's an action title featuring advanced water and weather effects.

That's not to say there aren't elements of realism to the game. The game will model realistic realization of the missile weapons, radio warfare, realistic detection system, while including nuclear submarines, missile boats, sea skimmers and other unique units. The sea is also generated so realistically that careless players may allow the water to push them into rock formations.

There are no random battles, either. Hiazma promises that the game dynamically generates battles influenced by the global map.

Finally, the game will place an emphasis on clan play, with an economic component as the US and USSR are fighting over resources. However, any player can take part in it the global war between the Americans and Soviets on any side regardless of his level or clan membership.

Gamers interested in SeaCraft can back the game on IndieGogo here. 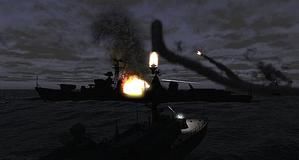