David Jaffe's next car combat game Autoduel to be crowdfunded 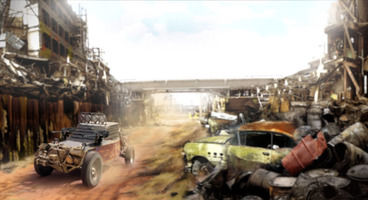 David Jaffe has joined a new indie studio, Pixelbionic, which will be crowdfunding a new massively multiplayer online car combat title Autoduel, which will have elements of Interstate '76 and Jaffe's own Twisted Metal.

The game is unrelated to the 1987 Origin classic based on Steve Jackson's pen-and-paper RPG Car Wars. Instead the game will be set in a post-apocalyptic future, where players will have over 20 unique cars to fight with. They will also choose to belong to one of three factions: the Ratters, the Scavengers, and the Techies.

Other experienced developers at Pixelbionic will include Maxx Kaufman, current CEO of the studio and former inXile employee and studio president Mike Arkin, who produced the Die Hard Trilogy, Battlezone and the Tokyo Xtreme Racer series.

"Other key members of the Autoduel team include designer Scot Kramarich - Lead Designer of Interstate ‘82 and Designer on Interstate ’76 - and coder Rafael Paiz - Senior Programmer on The Matrix: Path of Neo and Programmer on Redneck Rampage and Return to Castle Wolfenstein," states the press release, "Joining David Jaffe on Pixelbionic’s advisory board are Zack Norman - creator of Interstate ’76, and Chanel Summers - a recognized leader in the field of interactive audio who while at Microsoft was instrumental in the design of the Xbox hardware’s audio capabilities." 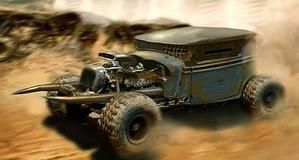