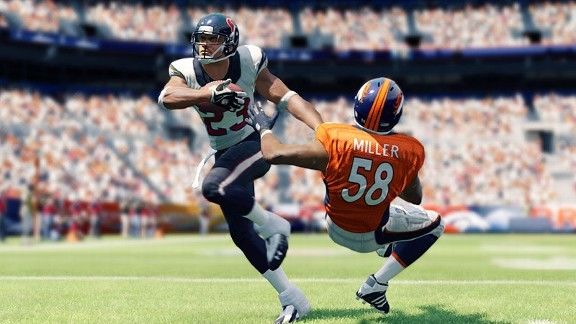 The Anniversary Edition is exclusive to Amazon.com, and will include Madden NFL 25, a 17 week Madden Ultimate Team pack subscription, and exclusive offers for DirecTV and NFL Sunday Ticket, which normally is part of the DirectTV package for $34.95 a month.

Gamers don't need DirectTV for the Sunday Ticket offer; the program will live stream on desktops and tablets. Players who do have DirectTV will get a $10 off per month discount.