17 December 2013 | By Simon Priest
Renegade X is the resurrection, Tiberium mutation and celebration of the original Command & Conquer: Renegade, and it's scheduled to release entirely free in February 2014. GDI and Nod never looked so good.

Bakri feels there's a whole 'lost' tribe of gamers out there from the 90s and early 2000s who can't settle down with the direction the industry took with casual and mobile. 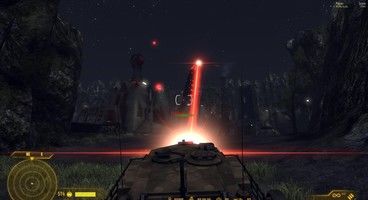 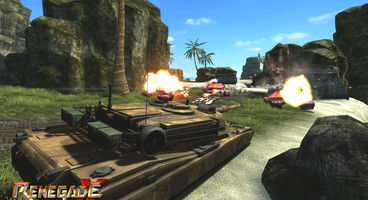 They're finding a lot of attention Renegade X is gathering comes from original Battlefield and Counter-strike players, and much less so from Call of Duty types. It helps of course that Command & Conquer is a known franchise, and one that's steeped in its own intricate sci-fi lore.

"A lot of us growing up were C&C fans. We actually started this project when a lot of us were in our late teens. Originally the game was a remake of a C&C game called Renegade which was released in 2002. The problem with that game is that it had subpar single player and therefore wasn’t exceptionally well received, and because of internet speed limitations at the time a lot of people couldn’t really enjoy the multiplayer," Bilal Bakri told us.

"Even back then the game featured a lot of the mechanics which we’re now building upon; it was far beyond the capture the flag and deathmatch style of gameplay dominant at the time. Although it didn’t do well in terms of sales, people are still playing the game today. It had a strong community, total conversion mods and a constant player base that’ve now been playing for 10 years."

"We think this style of game is a hidden gem and that if it’s updated, modernized and recreated in a good modern way that we’ll be able to attract the attention of a lot of classic PC gamers. In fact, just releasing the trailer I think we’ve been able to do that."

Renegade X is calling the lost out from hiding, with its 2014 multiplayer release the homecoming event.

"I feel like there’s sort of a lost generation of gamers," continued Bakri. "A lot of games these days are tablet games and casual games. People in their late twenties and early thirties who were gaming in the 90s and early 2000s can’t find the games they want anymore. Those are mainly the people who’re coming to our forums to see what Renegade X is all about. Our audience aren’t so much Call of Duty players; they’re people who are more into these more traditional types of games like, Counterstrike and Battlefield, which were first released ten years ago or more."

It's all stamped with approval from EA, and hence why it's completely free. Totem Arts are in it for the passion of the C&C universe as well as padding out their work portfolios.

"When we started off we got the permission from EA Los Angeles to make the game and they helped us out in many ways. They advertised the game on their website and they helped to test the game. I think it’s mutually beneficial, the more people who’re exposed to our game the more people who’re exposed to the C&C franchise. Obviously for us the benefit is that everyone on the team is working on a quality game which they can add to their portfolio."

Check out our full interview with Bilal Bakri and Robin Wilson for more.