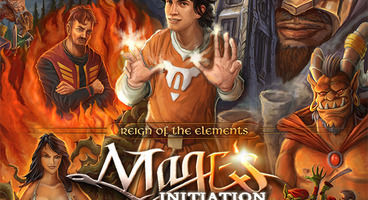 Himalaya Studios made a name for itself when it made a fan remakes of the classic Sierra Online adventure game King's Quest games as well as Quest for Glory II, before releasing original adventure titles Al Emmo and The Lost Dutchman's Mine. They have now announced a Kickstarter campaign for Mage's Initiation, a Sierra-style adventure. The game is on Steam Greenlight as well.

The studio promises to maintain the classic adventure game look and feel while maintaining modern amenities such as multiple game interfaces, and "a free-range magical combat system." The game will even feature an option to play with the classic Sierra Icon Bar or LucasArts Verb Coin.

It will also include 30+ dialog portraits - fully voiced and lip-synced, over 80 beautifully illustrated screens by John Paul Selwood (best known for Hero-U), and a magical musical soundtrack by King's Quest 3 Redux's Brandon Blume.

Mage's Initiation is aiming for a 65K crowdfunding goal. Gamers can check it out here. 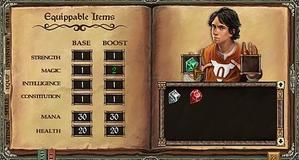