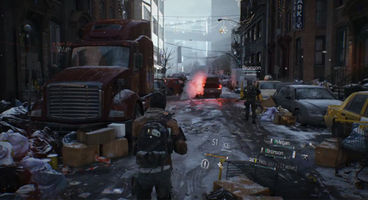 Ubisoft's The Division, which is their online tactical shooter set in the Tom Clancy universe, will be launching for Xbox One and PS4 sometime in late 2014. It's unclear whether Ubisoft is moving on a PC version.

The release news came from Ubisoft's recent fiscal earnings call. They also revealed The Crew will be out Q1 2014, which is also Xbox 360, Xbox One, PS3 and PS4 bound. Previously The Division was just '2014'.

The community has been rather vocal about Ubisoft bringing The Division over to PC as well as the next-gen consoles, with an online petition exceeding 130k signatures.

The publisher has said their plans aren't final. "It’s set for release winter 2014 on the PlayStation 4 and Xbox One, but we’re not ruling out other platforms because we do also read the internet," said Ubisoft's Ryan Barnard. "Ubisoft as a company considers … maximising the potential for a game, so if the audience is there and the desire is there."

The Division debuted at Ubisoft's E3 2013 media briefing. It's set in New York City after a deadly pandemic hit on Black Friday. Will Ubisoft cave to the demands of the PC community? If they smell enough money...