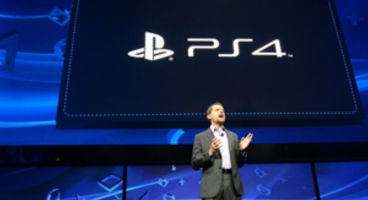 Enormous relief for PlayStation gamers as Sony Worldwide Studios head Shuhei Yoshida affirms that the newly announced PlayStation 4 isn't some internet hog. It doesn't require an online connection at all.

While you can certainly play offline, Yoshida-san says you "may want to keep it connected." The console has a subsystem that stays 'awake' to keep downloading and updating. Black sorcery!

Oh no, wait, it's just something those PlayStation technicians thought would be a grand idea; let the console keep downloading whilst the main system is powered off.

"You can play offline, but you may want to keep it connected," Shuhei Yoshida suggested to Eurogamer. "The system has the low-power mode - I don't know the official term - that the main system is shut down but the subsystem is awake. Downloading or updating or you can wake it up using either the tablet, smartphone or PS Vita."

Can those with limited bandwidth restrictions fiddle around with settings for that?

"Oh yes, yes, you can go offline totally. Social is big for us, but we understand there are some people who are anti-social! So if you don't want to connect to anyone else, you can do that." Thankfully Sony decided against one of the many doomsday predictions for the next PlayStation; the dreaded 'always-on' method of combating piracy.

We can all sleep easier at night now. All except for the PS4 - it'll be downloading stuff.