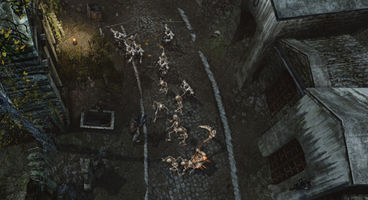 The fifth DLC for Painkiller Hell & Damnation is now available and it's quite a game changer. It takes the first-person view and switches it for top down, and is appropriately named Heavens Above.

Five campaign maps are included in the DLC, available solo and in co-op. Some internal prototyping led to this DLC, and Nordic are eager to receive all the fan feedback there is.

New power-ups and environmental weapons await in Heavens Above, which is good news for when you have to take on "one of the hardest big guys" - The Stone Golem.

"We’ve made a commitment to release several DLCs throughout this year to ensure that we provide players with the best Painkiller experience possible,” said Reinhard Pollice of Nordic Games. “It started as an internal idea, then we prototyped Painkiller with top-down gameplay and it looked promising so we were eager to further explore the idea which ultimately led to this DLC. We know that this has the potential to be something bigger but at the moment we’re looking forward to offer this rare experience to our community and are excited to see their reaction.”

• Encounter one of the hardest big guys in Purgatory: The Stone Golem aka Oriental Demon

• All weapons from the original PKHD plus throwable mines 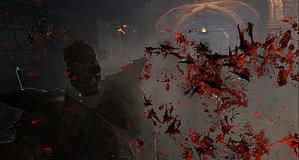