MercurySteam 'moving on' after Castlevania: Lords of Shadow 2, "last one for us" 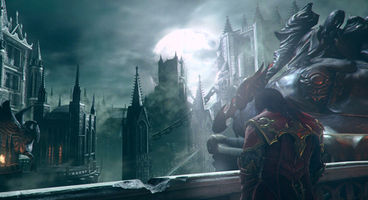 Producer Dave Cox has said MercurySteam views Castlevania as a "torch being passed down," and so it wouldn't remain with the studio forever. Once Lords of Shadow 2 launches they're passing it back to Capcom.

Cox describes there being nothing worse than "when somebody's got something to say," they just don't stop blabbing. I know, right? Always yacking, even after the point is made. It's like...

...someone makes their point but just keeps going. Almost like rehashing the same thing over and over. No one likes a blabber mouth who won't quit. Say your piece - move on.

"I've always thought that this was a torch being passed down," Dave Cox told Destructoid at San Diego Comic Con.

"Nobody on the team ever felt like we owned Castlevania. We always felt it was our responsibility now but it wouldn't be ours forever. Let's do what we're going to do, tell our story, and move on."

"So we've told Japan headquarters that this is the last one for us... there's nothing worse than when somebody's got something to say, and when they've said it, they just keep talking. We've got a beginning and end, and it's a cool ending and a cool story. Once we’ve done that, it's time to say to somebody else, 'now it's your turn.'"

As for whom it might land up with? "I think you've got to bring in fresh blood," mused Cox. Castlevania: Lords of Shadow was brought back from the pits of oblivion back in 2010 by the studio, who now follow up with Lords of Shadow 2. It will be playable at next month's Gamescom event in Germany, alongside Konami's PES 2014.