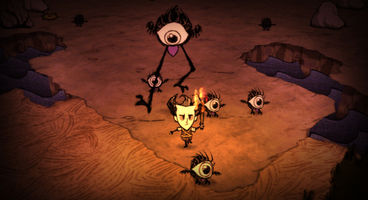 Valve has announced that Klei's wilderness survival sim, Don't Starve, will now have Steam Workshop support, which will allows players to find and install mods directly through Steam.

Finally, a Morgue screen keeps track of the number and ways the player's died in the game.

Don't Starve was released on the 23rd April 2013. For a complete list of additions to Don't Starve, click here.