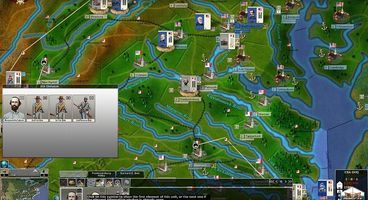 UK developer Ageod's grand strategy game Civil War II was released digitally on the 17th September 2013, the 151st anniversary of the bloodiest battle in the war, the Battle of Antietam. The game will be out in retail on the 2nd October.

The game covers all of the USA, from the Eastern seaboard to the Rockies, from 1861 to 1865, as well as Mexico and the Northern Caribbean, divided into more than 3,000 regions, with a variety of terrain, climates and development level.

Also included along with the main campaign, which covers the entirety of the American Civil War, are 2 tutorial and 5 main scenarios from Shiloh, including 1861 First Manassas (Battle of Bull Run), 1862 Shiloh, 1862 Sibley (New Mexico Campaign), 1861-1865 Our Hearts were Touched with Fire April 1861 scenario, and 1861-1865 The Blue and the Gray July 1861 scenario (an accelerated start campaign).

Gamers can purchase the digital and boxed version of Civil War II at the official page here. 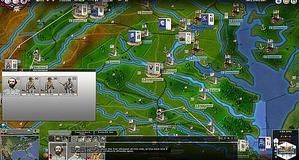