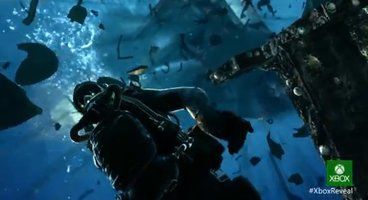 Activision made a long presentation of Call of Duty: Ghosts at Microsoft's Xbox One reveal. Not only did the publisher show off the story trailer, but went on about the game's technical prowess. Now, Activision boss Eric Hirshberg has revealed how the game will take advantage of Kinect 2.0.

According to Hirshberg, since every Xbox One will include Kinect, it'll make it easier for it to be integrated into Call of Duty: Ghosts - the voice recognition in particular.

"I made a passing comment that you're going to see voice integration, voice commands via Kinect, which is something that we haven’t done in the past with Call of Duty," Hirshberg explained, "We think the improvements to Kinect really excite us because of the level of responsiveness and detail."

He also hinted at other features. "Obviously, we didn't reveal that element today. We just mentioned it. But we’ve always made sure that we don’t just use new technology for novelty's sake. We always make sure that it makes the gameplay better. In this case, we think it will."

Hirshberg also discussed the state of graphics, as the fidelity, especially on PC, continues to get more and more fine. "The more human and natural they feel, the more we can build real connections with the characters through the narrative," he marveled. "That's why we're focusing so much on story. That's why we're working with someone like Steven Gaghan. That's why we're focusing on a single squad for the entire campaign. Traditionally, Call of Duty has jumped around, and your identity changes from level to level. Sometimes that even happens multiple times per level. This commitment to going through the adventure and the journey with one band of brothers is going to be a nice shift for the franchise."

is due to be released this coming November for PC, Xbox 360, Xbox One, PlayStation 3 and PlayStation 4.