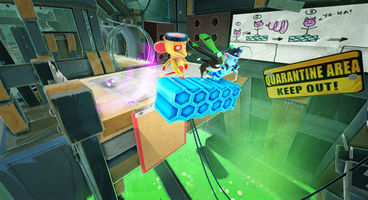 Indie developer Spearhead Games, founded by former Electronic Arts and Ubisoft developers, has announced a new co-op action puzzle game Tiny Brains for the PC, Xbox One and PlayStation 3. The game debuted at PAX East and will be at E3 as well.

The game features four tiny lab rodents, each of whom has a different power: Create, Vortex, Teleport and Force. Players co-operate to beat detailed levels controlling one of the powered rats.

According to Spearhead co-founder Simon Darveau, “Our results from PAX East were really gratifying. Every single person who played our demo ranked Tiny Brains as ‘fun’ or ‘extremely fun,’ and we had a blast seeing the many ways players combined their different powers to solve our puzzles. For E3, we’ve added in more devious challenges and can’t wait to experiment on… oops I mean collect feedback from… new players.”

The game will be available this Fall 2013 on PC initially, according to the studio. 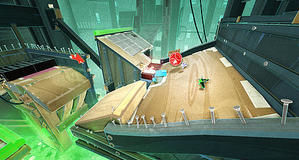