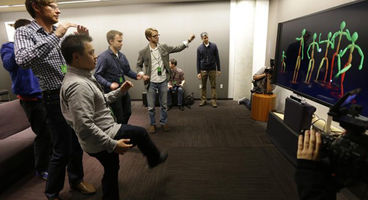 Oh dear. More evil moustache twirling over at Microsoft's Redmond HQ as apparently a tech patent has been discovered that shows a new system could enforce DRM restrictions for a wide range of content.

Be it game, movie, TV or whatever - it could be used to track the number of individuals viewing it and, if thresholds were reached, undertake "remedial action" against users.

In essence it could lead to penalties on having certain content viewed by enough users that would constitute a 'public viewing', potentially prompting you to pay for licensing.

This kind of language from the patent heavily suggests the likes of Kinect's new incarnation could support this system, but it isn't limited to the Xbox One, Kinect or indeed any specific device. However this little patent won't do too much for the confidence of those already shaken by Xbox One's muddled second-hand trading policies.

You can read more about the nefarious patent over at Extreme Tech.