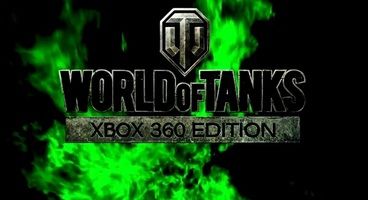 Kislyi stated that no game could be truly free-to-play on Xbox Live because all multiplayer titles required an Xbox Live Gold membership, which pays for the servers the publisher runs privately in a closed system.

"With Microsoft, unfortunately it's not 100 per cent free-to-play because it requires the Gold subscription to Xbox Live membership," Kislyi noted, "But that's a Microsoft requirement which is valid for us and for Activision and for EA and all other partners. They cannot drop it for us because they would have to drop it for everyone and it would be a total mess for them."

He admitted he wanted microtransactions from non-subscribers, stating, "This we have to tolerate, which I am not happy about. I would rather add another 30-40 million non-golden members and they will monetise occasionally."

Kislyi then hinted that Microsoft might bend the rules, at least for future free-to-play games published by Wargaming.

"We as a company are definitely insisting on breaking all the rules. That's the definition of free-to-play. Free-to-play has to be transparent, right? And Microsoft traditionally, as a retail boxed business model, has a lot of restrictions - technological, legal, and whatnot. For them and for us this is a big move forward and it's quite risky," hinted Kislyi, who added cryptically, "Nobody tells you officially of course, but we have the feeling that they have the feeling... If console companies don't adapt to the new realities of the entertainment industry they will have hard times."

World of Tanks will make it debut on Xbox 360 sometime later this year.