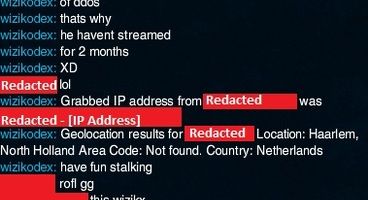 One player, Khaled Abusagr, was so bad, Riot stated "No player, before or since, has matched this degree of negative behavior," which included in-game verbal abuse, racism, anti-Semitism, and threatening behavior. The player had been a serious nuisance before his banning as well. Not only had his account been suspended five times in the past (including a two week ban in December), but under his previous account, DarkwinJax, he had been reported more than 1,000 times during a 375-game period (February-April 2012), which featured such charming behavior as threatening to physically injure other players and a Riot employee.

"His StunnedandSlayed account has been permabanned and all future accounts will be permabanned on sight," Riot stated.

Abusagr's Team Solo Medbi teammate, Nicolaj Jensen aka Veigodx had been permabanned for a consistent record of harassment, abuse, and poor behavior, as well as unapologetically admitting to commiting a series of DDoS attacks. Like Abusagr, he will be banned on sight as well.

Yet another Team Solo Medbi player, Simon Naslund aka Rayt3ch, has been banned for in-game verbal abuse, offensive behavior, and negative attitude with the worst harassment score of European accounts. However, his lifetime ban can be paroled in one year.