25 February 2013 | By Jonah A. Falcon
UbiSoft is trying to quell rumors that Beyond Good & Evil developer Michel Ancel is not leaving the company, something that was spurred by Ancel's criticism of the decision to delay the Wii U version of Rayman Legends til the Fall to be released alongside the Xbox 360 and PlayStation 3 version of the game.

According to Ubisoft France spokesperson Pascal Lecointe, "Unfounded rumours! Michel is currently working on Rayman Legends, a unique game that will be released on Wii U, Xbox 360 and PS3. Michel Ancel and Ubisoft therefore categorically deny these rumours."

Another game seemingly in development limbo is Beyond Good & Evil 2. 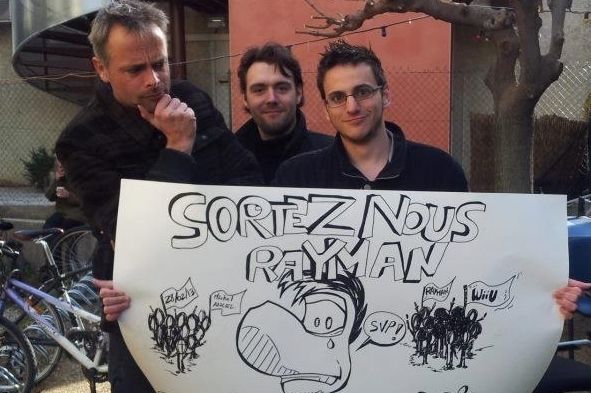 Ancel on the left protesting the Wii U delay of Rayman Legends.