25 April 2013 | By Simon Priest
As expected, the Legendary Edition for The Elder Scrolls V: Skyrim will include all released downloadable content, which has drawn to a close as Dragonborn was the last planned add-on by the studio. 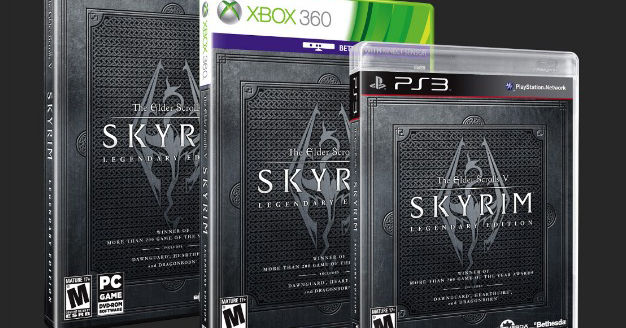 Also included is the 1.9 update which added the Legendary difficulty and Legendary skills. What a neat coincidence they decided to call it the 'Legendary Edition', isn't it? Sure is.