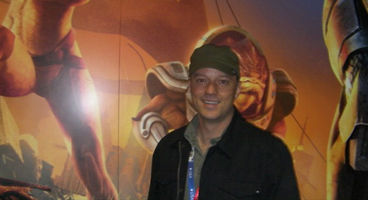 Mac Walters was the lead writer for Mass Effect 3, and he's confirmed that his talent for stringing words together is being put to work on the next Mass Effect which is "coming out of Montreal," and not Edmonton.

Walters defended the original ending to Mass Effect 3 saying the reaction was from a 'vocal minority' with the majority not having an issue. BioWare eventually released the Extended Cut to address it.

While some called for a rewrite of the ending, most that did vocalise their disappointment just wanted it better explained and less about just 'red, blue or green - roll credits'.

“Right now I’m actually just working on Mass Effect 4 (I wouldn’t call it 4, I’d just call it the next Mass Effect). It’s coming out of Montreal,” said Mac Walters. Previously BioWare has asked fans to give their thoughts on where in the timeline should the next Mass Effect take place. It seems the consensus is to move forward post Reaper invasion.