25 April 2013 | By Jonah A. Falcon
The voting for the cover of Madden NFL 25, celebrating the 25th anniversary of the IP, has concluded, and NFL legend Barry Sanders, running back for the Detroit Lions, will be gracing it. 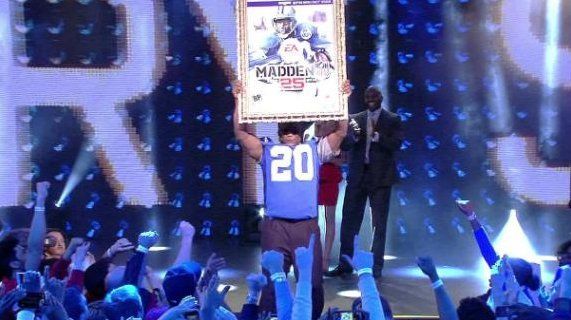 The announcement was held during an event televised by ESPN, as Sanders faced off against the active NFL counterpart, Adrian Peterson of the Minnesota Vikings.