Ready at Dawn's The Order: 1886 is linear action adventure for PS4 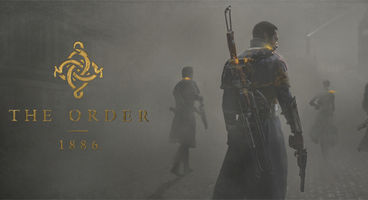 Announced during Sony's E3 2013 conference was The Order: 1886, but we got told little in the way of actual details. Now Ready at Dawn is spilling the Steampunk London beans on this alternate history of 1886.

It's a linear third-person action adventure with shooting thrown in. It's set 40 years after the Industrial Revolution kicked off in ole Blighty, and involves some notable historic figures.

The developer was keen to recreate a great deal of London for the time period, although it's certainly not a 1:1 rendition. This is the studio's first original IP creation.

Ready At Dawn is no stranger to PlayStation exclusivity as they've worked on portable SKUs for God of War in the past. Now they want their own franchise to create and hopefully lead into critical acclaim. They're going for a "filmic experience" as they really want to tell a story with The Order, hence why it's linear.

"For me, London is one of the greatest cities in the world. There’s a real diversity there. A lot of European cities have it but specifically London, as there are moments throughout history that have played out there. It has a very interesting history, particularly at the end of the 19th century during the Industrial Revolution," he replied when asked 'why London?'

"Because this game is based in the real world, we wanted to feed off that and use some of the events, the people and the stuff that existed in that time to accentuate and bring our IP into a world that is believable."

"There are obviously some things we’re going to put in there that don’t exist, and we’ve moved certain locations a bit, but as you can see from the trailer, when you pass in front of the Thames, Parliament is where it’s supposed to be and London Bridge is where it’s supposed to be. We don’t want people to go “Nah, this doesn’t look right”. You’ll be interacting with real people, real events and real places."

Weerasuriya wouldn't be drawn into specifics when it came to gameplay, other than to say it's perhaps not what you'd quite expect when it comes to how it plays out. "There are gameplay features we’ll be talking about that will be very, very cool. Right now we’re playing with things – the moment-to-moment gameplay is really not what you might expect. We didn’t want to make it single-tone, where you rely on one single thing in expense of the rest," he continued.

"The overall feel – that filmic experience… the one thing we brought to this is something people are accustomed too but usually can’t tell. When you watch a movie you don’t question what lens is being used. You don’t question why there is grain on the film or why there’s a certain lighting. Those are things we’ve been accustomed to seeing for 30 years. So when it’s missing we usually go “Wait, something is wrong with this image.""

"With this game we replicated a lot of physical attributes. We have true lens distortion. We built physical lenses into our engine so we could get something where people will look it and not be totally disconnected. Games have a tendency sometimes to be too clean and crisp. We thrive in the dirt. We just love the fact that it feels dirty. It’s filmed in a very realistic way."

The Order: 1886 is being developed exclusively for PS4. Check out the E3 2013 reveal trailer below.