Shadow of the Eternals back on Kickstarter, no longer episodic 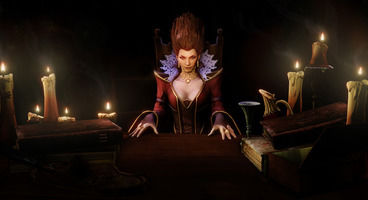 Dennis Dyack's Precursor Games has put Shadow of the Eternals back on Kickstarter, this time asking for $750K, down from the previous Kickstarter crowdfunding attempt of $1.35M. The developer raised funds through other means, lowering the goal this time around.

The other major change is that the game will no longer be episodic. Rather, the game will be a single 8-10 hour game released on PC and Wii U. A PlayStation 4 version is listed as a stretch goal as well.

Shadow of the Eternals is a spiritual successor to the GameCube classic Eternal Darkness, and will feature the same protagonist Paul Becker, who will be voiced by David Hayter, who also voiced the original Becker. Hayter is best known as the voice of Solid Snake for most of the Metal Gear Solid series.

As with Eternal Darkness, Shadow of the Eternals will find the player leaping between wildly different time periods, while the game will screw with the gamer's head as well once again, doing things like pretending the volume was turned off, distoring the screen, threatening to wipe out game saves, and so on.

Gamers can check out the Kickstarter page here. Funding seems to be brisker this time around, with most of the backers liking the fact the game will not be episodic.