25 August 2013 | By Jonah A. Falcon
A GamesCom 2013 pamphlet has revealed an unannounced first person shooter Space Hulk: Deathwing, to be published by Focus Home Interactive and developed by Cyanide, whose foray into Games Workshop's license has been the turn-based Blood Bowl games. 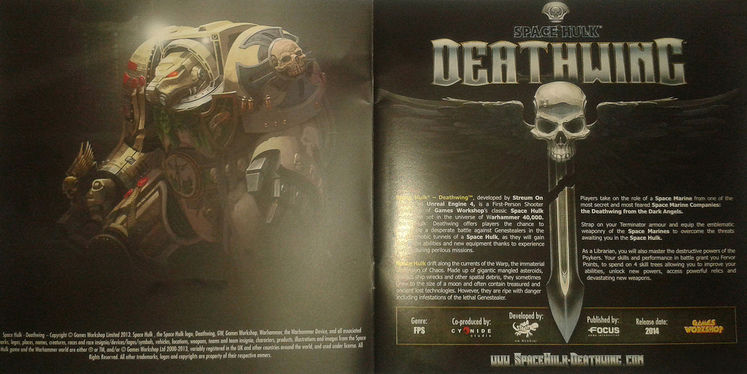 The game seems to have more in common with Warhammer 40,000: Space Marine, however, as the pamphlet states the players will be taking on "the role of a Space Marine from one of the most secret and most feared Space Marine companies, the Deathwings from the Dark Angels." It goes on to say, "As a Librarian, you will also master the destructive powers of the Psykers", as players can earn experience to spend on four skill trees, unlocking new powers, relics and weapons.

Space Hulk: Deathwing will use Unreal Engine 4, and will be released sometime in 2014 for possibly PC and console; no platforms have been announced yet. 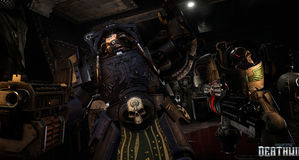