Nvidia: It is "no longer possible" for consoles to best PC graphics, $1.5bn on R&D 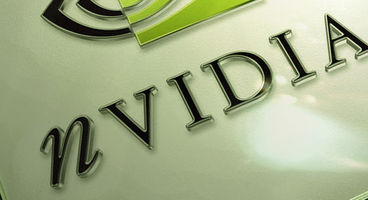 PC is awesome, cries Nvidia bigwig Tony Tamasi. So awesome is our might that consoles don't stand a chance in catching us up anymore - those fledgling 3D engine days are over as we lead the pack.

Sony managed to embarrass the PC masses when they unleashed the PlayStation, and its successor the PS2, but now the coming consoles are cozying up to PC hardware.

A simple reason for this is money. Microsoft and Sony "simply can't afford" to spend the kind of R&D cash that Nvidia and AMD do on their hardware architecture.

"It’s no longer possible for a console to be a better or more capable graphics platform than the PC,” Tony Tamasi told PC Powerplay. Our awesomeness has become too awesome, is what he's saying. PC hardware is so far beyond what the consoles can manage that they've waved the white flag and starting adopting the desktop tech.

"Certainly with the first PlayStation and PS2, in that era there weren’t really good graphics on the PC. Around the time of the PS2 is when 3D really started coming to the PC, but before that time 3D was the domain of Silicon Graphics and other 3D workstations. Sony, Sega or Nintendo could invest in bringing 3D graphics to a consumer platform. In fact, the PS2 was faster than a PC." A shameful time in PC gaming history, but to the victor go the spoils.

"By the time of the Xbox 360 and PS3, the consoles were on par with the PC. If you look inside those boxes, they’re both powered by graphics technology by AMD or NVIDIA, because by that time all the graphics innovation was being done by PC graphics companies. NVIDIA spends 1.5 billion US dollars per year on research and development in graphics, every year, and in the course of a console’s lifecycle we’ll spend over 10 billion dollars into graphics research."

"Sony and Microsoft simply can’t afford to spend that kind of money. They just don’t have the investment capacity to match the PC guys; we can do it thanks to economy of scale, as we sell hundreds of millions of chips, year after year.”

That creaky PC hardware a decade back just wasn't really squeezing everything out that it could, while today's graphics chipsets demand some serious juice to chug if you want fancy frame rates.

"The PC graphics industry wasn’t operating at the limits of device physics and power. If you wind back the clock, a high-end graphics card at that time was maybe 75W or 100W max. We weren’t building chips that were on the most advanced semiconductor process and were billions of transistors,” continued Tamasi.

"Now we’re building GPUs at the limits of what’s possible with fabrication techniques. Nobody can build anything bigger or more powerful than what is in the PC at the moment. It just is not possible, but that wasn’t the case in the last generation of consoles."

"Taken to the theoretical limits, the best any console could ever do would be to ship a console that is equal to the best PC at that time. But then a year later it’s going to be slower, and it still wouldn’t be possible due to the power limits.”

Regarding the Xbox One and PS4 being equipped with AMD tech and not Nvidia, Tony Tamasi says it wasn't about being snubbed but the economics just not being all that worthwhile. Xbox One and PS4 launches this November.