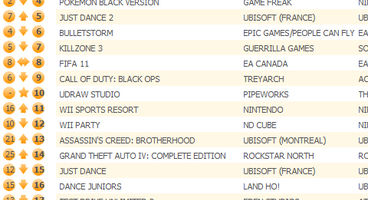 Square Enix has published their sales figures for Tomb Raider, Hitman: Absolution and Sleeping Dogs - all have fell short of expectations for the publisher. North America was particularly poor compared to Europe.

Tomb Raider has sold 3.4 million in four weeks, which is rather good actually but not according to Square accountants. Hitman: Absolution has sold 3.6 million, and Sleeping Dogs 1.75 million.

These sales figures were revealed in Square Enix's end of fiscal year report. US sales managed only two-thirds of what the European market mustered.

"Despite the high critical acclaim," read the report, these games "failed to meet each target. In particular North America sales force as ineffective, ending up with two-thirds of number of units sold in Europe. Moreover, price pressure was strong, which forced spending additional channel costs such as price protection."

Yoichi Wada has resigned as president of Square Enix as they post heavy losses this fiscal.