Festival of Magic, a combat farming RPG, launched on Kickstarter 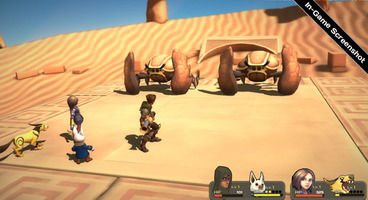 Plants vs. Zombies invented the idea of raising plants for combat, and Festival of Lights is on Kickstarter hoping to intrigue people with the idea of growing plants to use in turn-based combat in a persistent world.

The game had already gotten Steam Greenlight approval from fans.

According to developer Snowcastle Games, "The game combines turn-based combat and farming gameplay with exploration and puzzle-packed quests. Grow spuds, tend barnacles and use your harvest as powerful ammunition and spells; load your weapons, team up your companions and get ready for a grand adventure!"

Players take on the role of Amon, a treasure hunter who is summoned to a mysterious village to find a missing botanist, with the help of a sorceress named Olia. Things take a dark turn when a warlock attacks the town and drains Olia of her magic, leaving her lifeless.

Snowcastle Games is looking to raise $250K, and has already raised $32K in less than a week. Announced stretch goals include integrating a larger world and adding two new playable characters.

Gamers interested in checking out Festival of Magic can visit the Kickstarter page here. 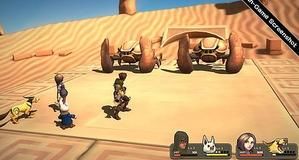