27 February 2013 | By Jonah A. Falcon
Turn 10 has announced the March Meguair's Car Pack downloadable content for Forza Horizon, and it's filled with some truly hot cars like the 1998 Nissan R390. Season Pass owners also get the 2010 Joss JT1. 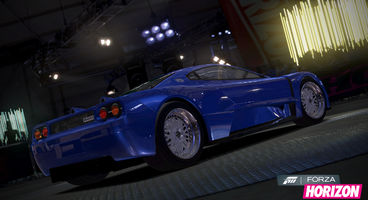 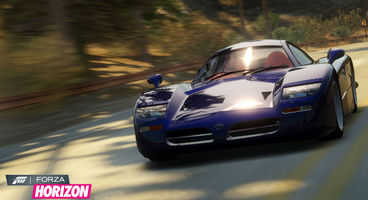 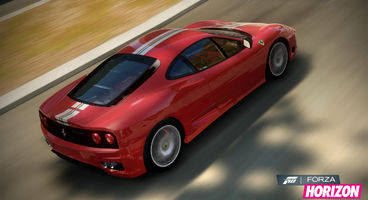 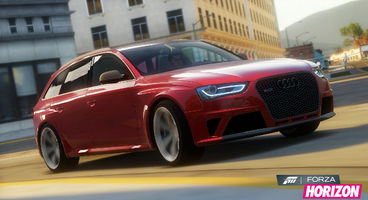 The cars in the March DLC pack include:

* 2013 Audi RS4 Avant – Featuring performance usually reserved for sport coupes, the RS4 Avant starts with a wide body, low stance and roof spoilers designed for attention. Throw in a direct-injected V8 capable of more than 400 hp, and you’ve got a wagon that can haul your family and a weekend’s worth of gear at speeds of up to 174 mph.

* 2013 BMW M135i – Filling in the gap for the out-of-production M Coupe, the M135i combines the comfort, styling, and road-gripping enthusiasm that you expect from an M-badged BMW with the day-to-day drivability of a standard model. The M135i will earn approving nods from the folks strolling down Main Street and will turn the heads of drivers as it disappears headlong into the horizon.

* 2012 Mercedes-Benz G65 AMG – A pinnacle of off-road performance, the G65 AMG has a price tag that’s nearly as staggering as the power delivered by its twin-turbo V12. Little wonder then, that Mercedes calls this “the most powerful series-produced cross-country vehicle in the world.” Take it for a spin along the back roads of Horizon’s Colorado and try to disagree.

* 2003 Ferrari Challenge Stradale – Get behind the wheel of this track-bred beast from Maranello and prepare to exercise your grinning muscles. Based on the 360 Modena, the Challenge Stradale is lighter, more powerful, and more responsive. In other words, it’s more of what makes the Prancing Pony so special.

* 2004 Peugeot 206 RC – A hot hatch with French flair, the 206 RC borrows its two-liter power plant from the larger 306 line and brings a nimble sports suspension to conquer the twisting roads of Forza Horizon. While it’s a fine drive on tarmac, the 206 RC absolutely comes alive with rally upgrades, attacking those dusty bumps and curves with relish.

* 1998 Nissan R390 – Its race-bred twin, the R390 GT1, took four of the top ten spots at the 1998 24 Hours of Le Mans. That’s just one of the reasons this carbon fiber masterpiece is highly valued by collectors and racers alike. The R390’s ample V8 delivers more than 550 hp of power in a body that weighs just over a ton. In short, it’s light, fast, and oh so much fun to drive. The R390 is this month’s free download sample car.

* 2010 Joss JT1 – Season Pass Bonus Car – A prototype with serious aerodynamic cred, the Joss JT1 is a fine choice for some high speed “Forza Horizon” cruising. In the real world, Joss fans expect the first production models to hit the streets this year; until then, see what’s in store for deep-pocketed speed freaks with the JT1.

The DLC will cost 400 Microsoft Points ($5 USD) and will be availble on the 5th March.