Taxi Journey being crowdfunded on Kickstarter by Lexis Numerique 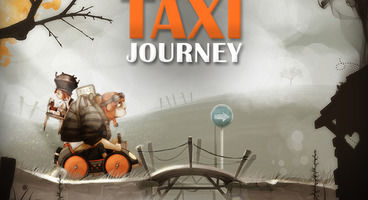 Lexis Numérique has announced that it will be the first French studio to go the Kickstarter route, and will be crowdfunding for a new pencil-drawn adventure game, Taxi Journey. It will be released for PC, Xbox Live Arcade and PlayStation Network, as well as mobile.

The studio promises that the game will mix "adventure and puzzle gameplay in a universe that combines poetry, humor and mystery."

The plot features Gino, "a big man of few words". His taxi is a bicycle, and his fares merely hop on his back as he pedals them to their destination. "After an encounter with a mysterious young girl called Zoe, he ends up journeying to strange faraway lands," states the presser, "Together they meet some engaging and amusing characters but also some more sinister types who will do everything in their power to stop them." 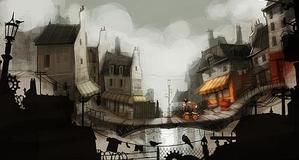