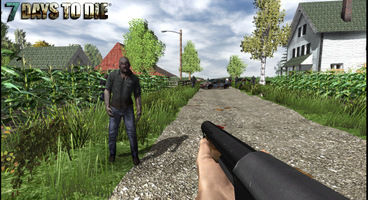 Dallas, TX-based indie developer The Fun Pimps Entertainment (gotta love that studio name) have announced their game 7 Days to Die, which has been put on Kickstarter and Steam Greenlight. The title is described as "an open world, voxel-based, sandbox game blending the best elements of FPS, Survival Horror, Tower Defense and Role Playing Games."

Some gamers might call it "Day Z meets Minecraft with Fortnite thrown into the mix."

As to be expected from a game of this ilk, players wander around a wide open world that features "wastelands, forests, snowy mountains, pine forests, plains, deserts, burn forests and radiation zones" - all within walking distance of each other, of course - as players must engage in basic survival. That is, looking for food and water, as their avatar has health, food, stamina and hydration levels to consider. Players can grow and harvest crops, hunt, track and domesticate animals, all while building forts to protect themselves from zombies.

The game also features a 5x5 grid crafting system which can be used to manufacture "melee weapons, guns, traps, generators, motorized tools, motion detectors, landmines, auto-turrets, salves, (and) potions." Of course, "every item in the game has a quality level and degrades with use and combine items to create better items." Players can improve their crafting ability to make better items, and their cooking ability to make purer food and water.

As for the zombies, they have taken a page from the Left 4 Dead school of undead, as they can "claw, jump, climb and break their way through the world in order to get to you. They can see, smell and hear the player and can work in a group. And watch out for the unique special infected enemies like the Acid Puking Hulk whose acidic vomit can melt blocks." Fortunately, there is a stealth and distraction system to augment the weapon crafting.

As with Minecraft and Day Z, players can go solo, play co-op or engage in multiplayer, with a Zombie Nomad Mode where players can choose to be a human or a bandit or a zombie.

Players intrigued with 7 Days to Die can visit the Kickstarter page here and the Steam Greenlight page here. 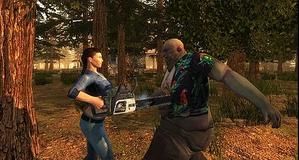