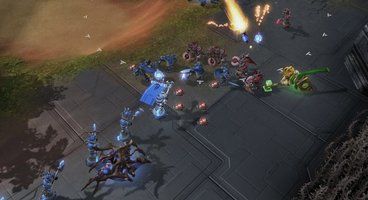 Blizzard has announced that they will be debuting a game at PAX East 2013, which is being held in Boston in four weeks.

The publisher has announced, "We've been working on a little something, different from our other games, and we're pleased to invite you to be the first to see it. It's not a sequel, expansion or that rumored next-gen MMO, but it's something we're excited for you to get your hands on."

The "not a sequel" eliminates such titles as Starcraft 2: Legacy of the Void or Warcraft IV. However, there are three possible candidates:

* Blizzard All-Stars, which was originally the studio's version of Defense of the Ancients 2, before it was forced to change its name in a legal settlement with Valve.

* Starcraft: Ghost. Admittedly, the least likely, but it certainly would cause a stir.

Regardless, Strategy Informer will be at PAX East and on hand to see whatever it is Blizzard has in store.