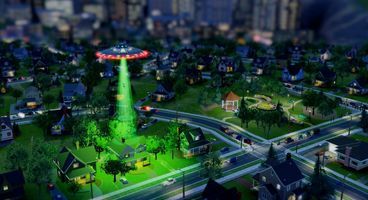 Electronic Arts president Frank Gibeau refutes the idea that SimCity is online-only because of always-on DRM, stating that DRM is a "failed dead-end strategy".

According to Gibeau during an interview with Games Industry BIZ at GDC 2013, he stated on the accusations that SimCity is online only as a form of DRM, "That's not the reality; I was involved in all the meetings. DRM was never even brought up once. You don't build an MMO because you're thinking of DRM - you're building a massively multiplayer experience, that's what you're building."

Gibeau went on to make a surprising statement, claiming, "DRM is a failed dead-end strategy; it's not a viable strategy for the gaming business. So what we tried to do creatively is build an online service in the SimCity universe and that's what we sought to achieve. For the folks who have conspiracy theories about evil suits at EA forcing DRM down the throats of Maxis, that's not the case at all."

"It started with the team at Maxis that had a creative vision for a multiplayer, connected, collaborative SimCity experience where your city and my city and others' were (working together); for better or for worse, and for right or for wrong, the lead designers and the producers and the programmers felt like they wanted to tell us a multiplayer, cooperative city story around SimCity," he stated, "We had built a bunch of these and you could've gone deeper and deeper into your plumbing and managing toilets and electrical posts, but we felt there was a bigger story to tell and a bigger opportunity to chase with an always-on connected experience built around that concept. That's what we set out to design and that's what Maxis created and brought forward into the marketplace."

This contradicts to unnamed sources from Maxis who stated that Electronic Arts enforced online on SimCity, against the team's wishes, despite Lucy Bradshaw's insisting.

"At no point in time did anybody say 'you must make this online'," Gibeau insisted, "It was the creative people on the team that thought it was best to create a multiplayer collaborative experience and when you're building entertainment... you don't always know what the customer is going to want. You have to innovate and try new things and surprise people and in this particular case that's what we sought to achieve. If you play an MMO, you don't demand an offline mode, you just don't. And in fact, SimCity started out and felt like an MMO more than anything else and it plays like an MMO."

Strategy Informer gave SimCity a 6.0/10 score in its review.