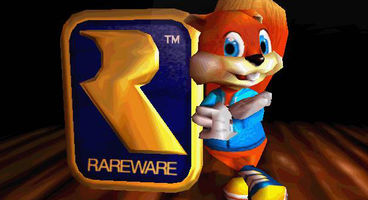 It has been over ten years since Conker's Bad Fur Day launched on Nintendo 64, upsetting the family-friendly applecart with Conker's brand of mature-themed action platforming. It's time for secrets to spill.

Designer Chris Seavor and game programmers Shawn Pile and Chris Marlow have got together to give fans a NSFW Director's Commentary. All six parts of the commentary are up via YouTube.

The developers talk about Rare, the studio's culture and how competitive the teams were with each other. It's not exactly a safe for work environment series - you've been warned.

Bad Fur Day was given a HD remake for Xbox that went by the name 'Conker: Live & Reloaded' that released in 2005. Originally it was to be 'Live and Uncut' with no censorship but eventually suffered heavy censorship, with stuff even N64 allowed through to be covered up for Xbox. Fans were displeased by the butchering of such a classic.

This Director's Commentary is for the original N64 Conker's Bad Fur Day, with all parts viewable here.