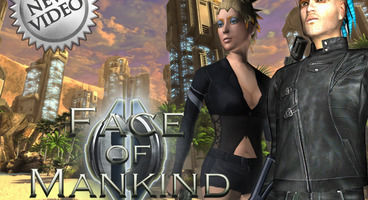 Nexeon Technologies is currently running a Kickstarter crowdfunding drive for its third person shooter MMO sequel, Face of Mankind: Fall of the Dominion. The drive has more than a week left of funding and needs less than $5K to hit its $50K goal.

The developer states that the title is a "futuristic sandbox MMO" where "any player can create their own faction, and from there the world is theirs to explore." There are no classes, and no level grinding. Instead, Fall of the Dominion "features a time-based skill system, which allows you to simply select the skill you want to progress and continue to play while it progresses."

The game is an open PvP title, but unlike more MMOs, this one is a "twitch-based first/third person shooter." In addition, "The game features a persistent universe where everything you do leaves a footprint long after you log off."

The game features a player-drive economy. "The economy bends to the players, with all that they do defining the prices and available items. Virtually every item in the game is crafted by players and then auctioned or sold to other players," promises the MMO.

The developer also released a video showing off the impressive visual technology behind the game. Check out the dev diary in the video below.