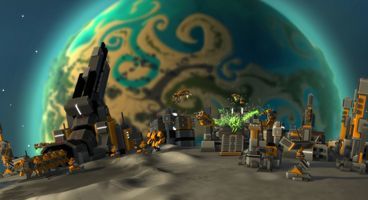 Uber Entertainment has announced that the studio's Kickstartered real-time-strategy game, Planetary Annihilation, will be released this December 2013. The developer also announced that the game would be entering alpha testing, open to those who backed the game for $90 or more dollars.

The alpha testing will take begin on the 7th June and run through August. The beta testing is estimated to begin sometime in September through to November, before its probably release in December.

Gamers can elect to have their game released on Steam as well.

According to the developer, "Steam access is a convenience for some people who prefer to keep all their game keys in one place. If you wish to move your key to Steam, you’ll be able to once the game is live on Steam. If you wish to continue to simply play though our own service UberNet, you’ll be able to. No action is needed at this time for Steam access. We’ll send information once Steam keys are available for use. It also means it’s our first digital distribution platform besides our own, which means another way for the community to grow further and bring in more players.”

The developer released a video describing how alpha testing would work.