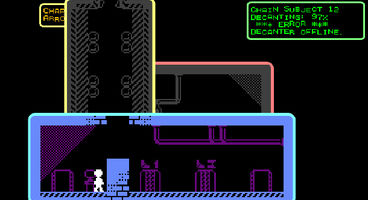 A new, free-to-play action-puzzle-adventure game Experiment 12 has been released, and it's unique in that it consists of 12 short games strung together by 12 indie developers.

The result is a retraux 8-bit computer adventure which is abstract and disturbing.

Several developers posted their thoughts on their segments on their blogs: