Xbox One and PS4 versions permit up to 18 players. This'll be quite a knock for current-gen Call of Duty fans, and will force out Ground War mode presumably. PC requires a 40GB install.

This limit to 12 players maximum online will undoubtedly be the same for PS3 as otherwise it would cause a huge storm of 'platform favouritism'. Why has the count lowered? 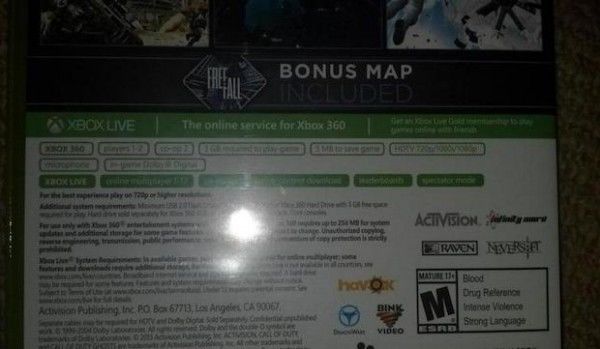 Infinity Ward pride themselves on achieving 60 frames per second, but with the addition of 'dynamic' level events affecting the maps it seems to have proven too much for Xbox 360 and PS3. Call of Duty is known for smaller-scale and faster-paced maps, unlike Battlefield's more marathon-style tug-of-war - will it make much of a difference?