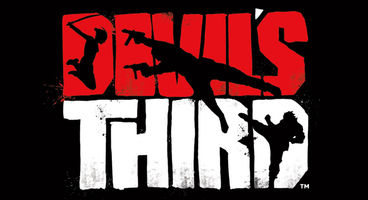 With THQ pulling out, the publishing rights to third-person shooter Devil's Third from Tomonobu Itagaki's Valhalla Game Studios reverted back the developer, which is still proceeding with the game, reveals Itagaki-san.

They're "discussing things with publishers" as of now, as the team continue to "expand on and deepen" the game whilst they wait. He's "definitely building this up Itagaki-style."

Devil's Third is being developed for the current generation, so windows of opportunity are starting to close what with Xbox One and PS4 on the horizon.

"It's going along really well," Tomonobu Itagaki told Famitsu. "We're discussing things with publishers; we're continuing to expand on and deepen the gameplay. That's about the level we're at."

"I'm building upon the context I've created up to now to provide gameplay that will really surprise people," he said. "I'm not sure there's really a game like this on consoles, and I'd like fans to know that I'm definitely building this up Itagaki-style." E3 2013 won't be showcasing anything of the game, confirmed Itagaki-san.

"It's like we're continuing to go along under the surface, waiting for the right timing to launch our missiles. Besides, if we revealed where we were hiding under the surface, it wouldn't be much of a war, would it?" Devil's Third was first announced back in June 2010. He wouldn't reveal which publishers he'd been talking with.