Yakuza 5 not coming to the West, Ishin taking its place 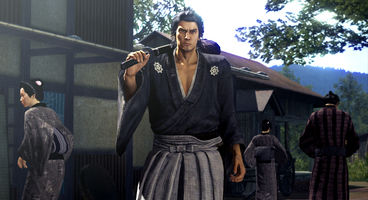 Sega Sammy CCO Toshihiro Nagoshi revealed in a magazine interview that Yakuza 5, which was released in Japan in 2012, will not be localized for the West. Instead, Yakuza Ishin will be released instead in the US and Europe for PlayStation 3 and PlayStation 4 as a PS4 launch title.

According to Nagoshi the Yakuza team's size made him decide to focus solely on Ishin. The team "owed it to PlayStation fans" to have Yakuza Ishin as a PS4 launch title.

Yakuza Ishin is a spinoff of the main series, taking place during the late 1800's Japan during the Restoration, replacing modern Tokyo with market towns, riverside farms and nascent cities and pagoda-style castles.

Check out the Tokyo Game Show 2013 trailer in the video below.