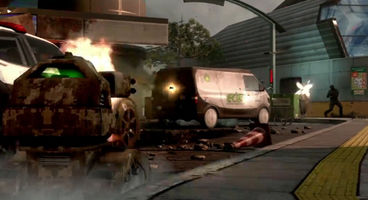 The only good bug is a squished one. Treyarch has released new title updates for Xbox 360 and PS3 versions of Black Ops 2 with a different changelog provided for each. The latest Zombies map is tuned up.

This comes ahead of the impending announcement of Infinity Ward's Call of Duty: Ghosts. The studio has reverted the global spawn influencer due to "undesirable side effects."

The two full changelogs for the April 30th title updates are available here for Xbox 360 and here for PS3. Both the udpates however include the same two improvements:

▪ Added a post-match Connection Quality survey which will be presented to a sampling of players to assess online gameplay connection quality.